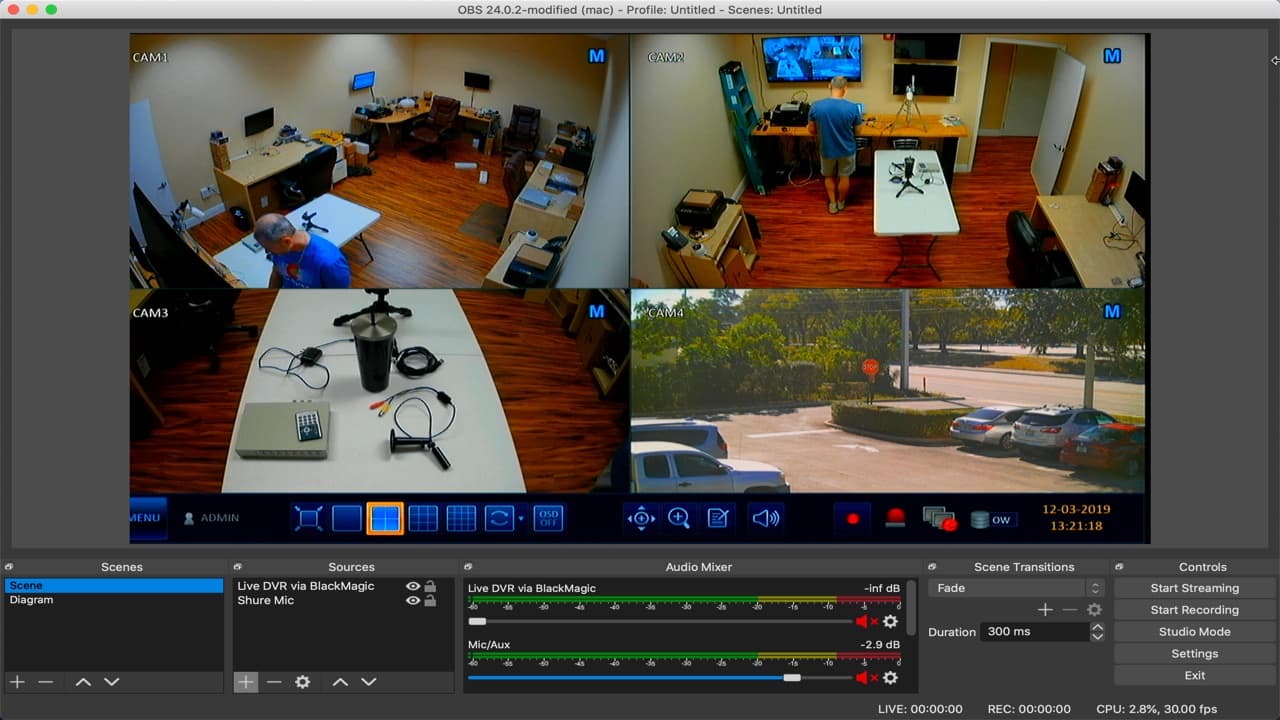 This video demonstrates a multiple camera YouTube live stream that I setup at CCTV Camera Pros using inexpensive HD security cameras. Many broadcasters have the need to produce live stream video on YouTube and Facebook but there are not many affordable multiple camera solutions available that are documented. This is why I started experimenting with using video surveillance equipment to broadcast.

The above video is the archive of a product demonstration YouTube live event that I broadcast on Dec. 4, 2019. YouTube gives users the option to record and archive livestream events to their channel.

These were the goals of the live stream.

Here is the setup that I used to create the above video stream on YouTube live. The purpose of the demo was to show customers how-to use inexpensive HD CCTV cameras and a surveillance DVR as a solution to perform a livestream event with multiple cameras. I simulated a product demonstration for this event. 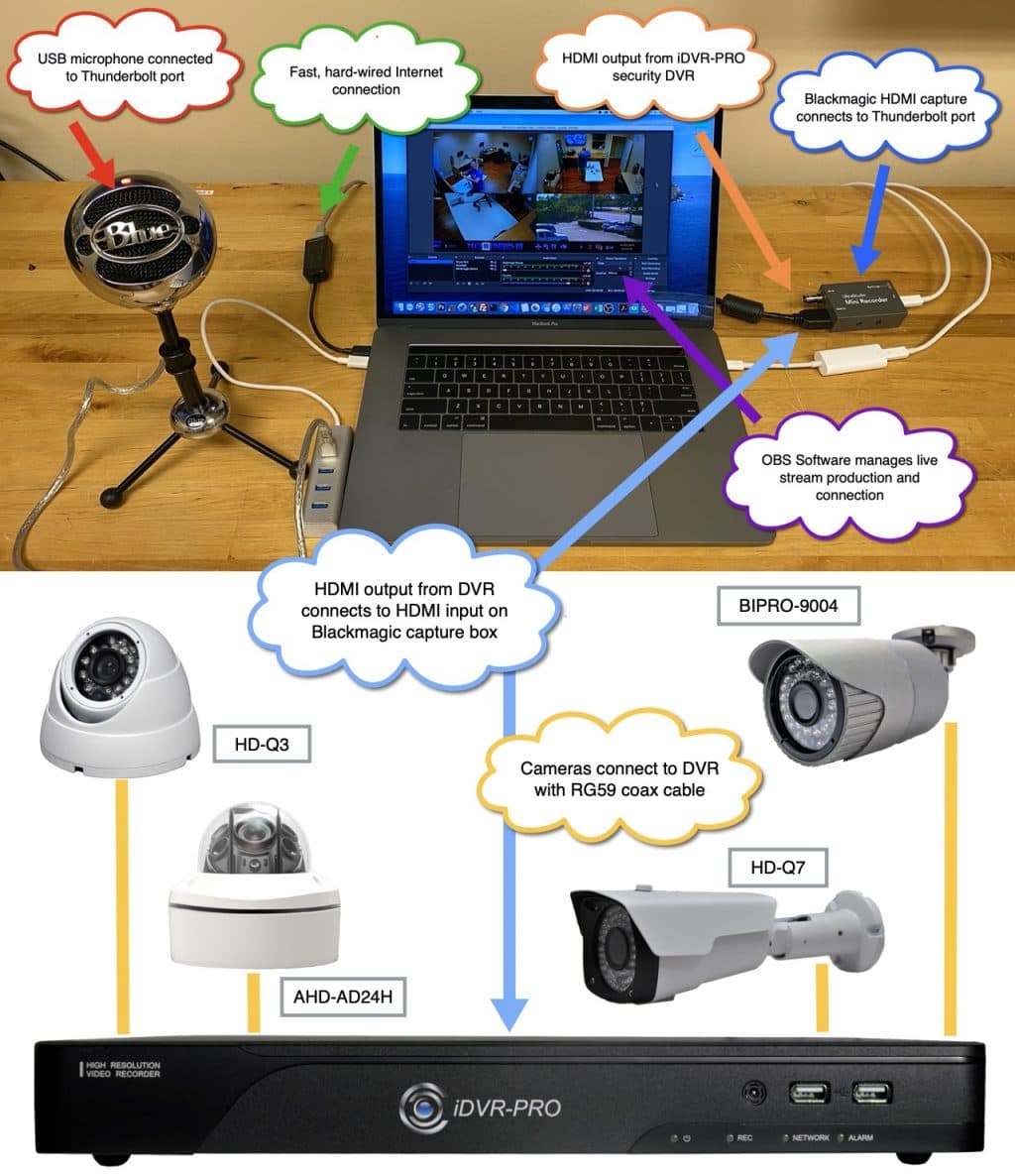 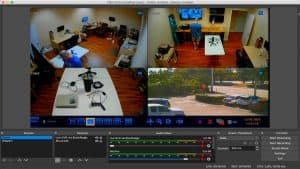 This was the first YouTube Live stream that I made using Open Broadcaster Software on Mac. There were two issues that I ran into with running OBS on Mac.

Once I figured out these two problems, everything else worked perfect on my Mac. 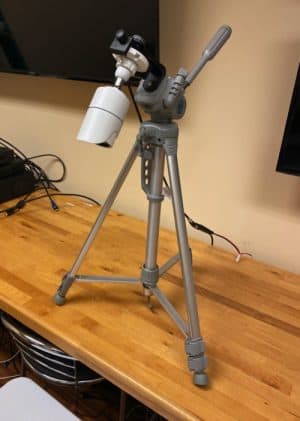 Here is a picture of the camera that I used to capture my product demonstration table. 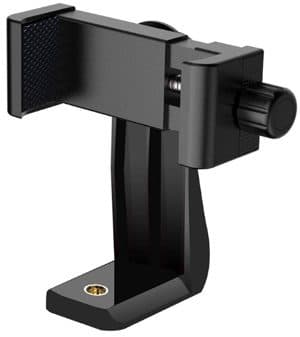 I used this iPhone tripod mount / holder to attach the security camera to the tripod. The claw works perfect to grasp onto the base of the camera. 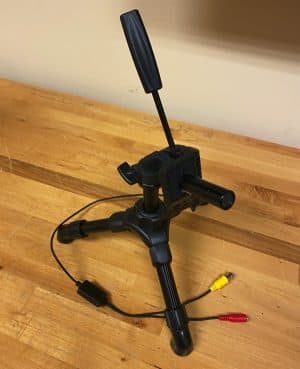 This is the bullet security camera that I attached directly to a standard camera tripod. This small tripod is very handy to use for product demonstrations because it is easy to move around.

Here are some other things that I learned when setting up this live stream and some additional notes. 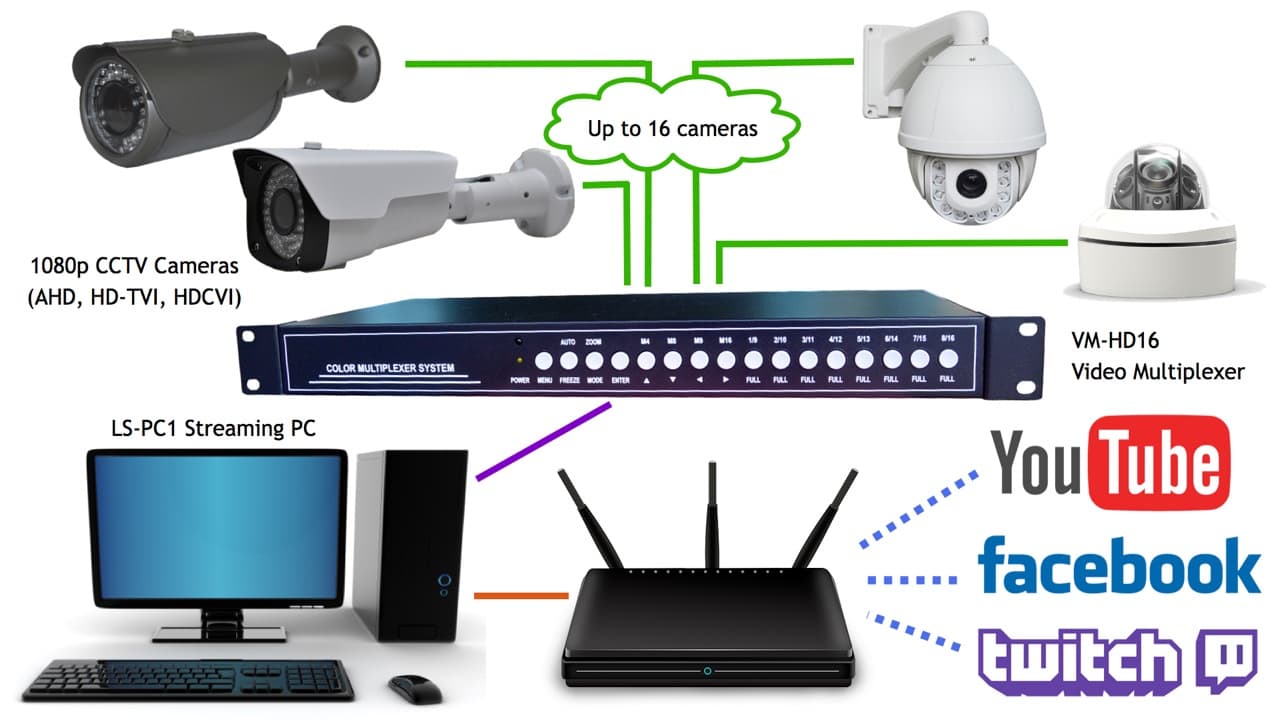 Here is a YouTube live stream that I created a while back using a HD CCTV multiplexer instead of a DVR to combine the video signals from the multiple cameras. I used this desktop streaming PCs with an internal BlackMagic card instead of my Macbook when I captured this video.

Here are some frequently asked questions about live video streaming that I receive from customers at CCTV Camera Pros.

Looking for the best mobile apps and desktop software to remotely view your security cameras? Please take a look at these apps for iDVR-PRO CCTV / HD security camera DVRs. These apps support live security camera viewing as well as recorded video surveillance playback from remotely over the Internet.

Check out this demo of the iDVR-PRO surveillance DVR. The user interface is so simple to use. You can watch more video demos here.