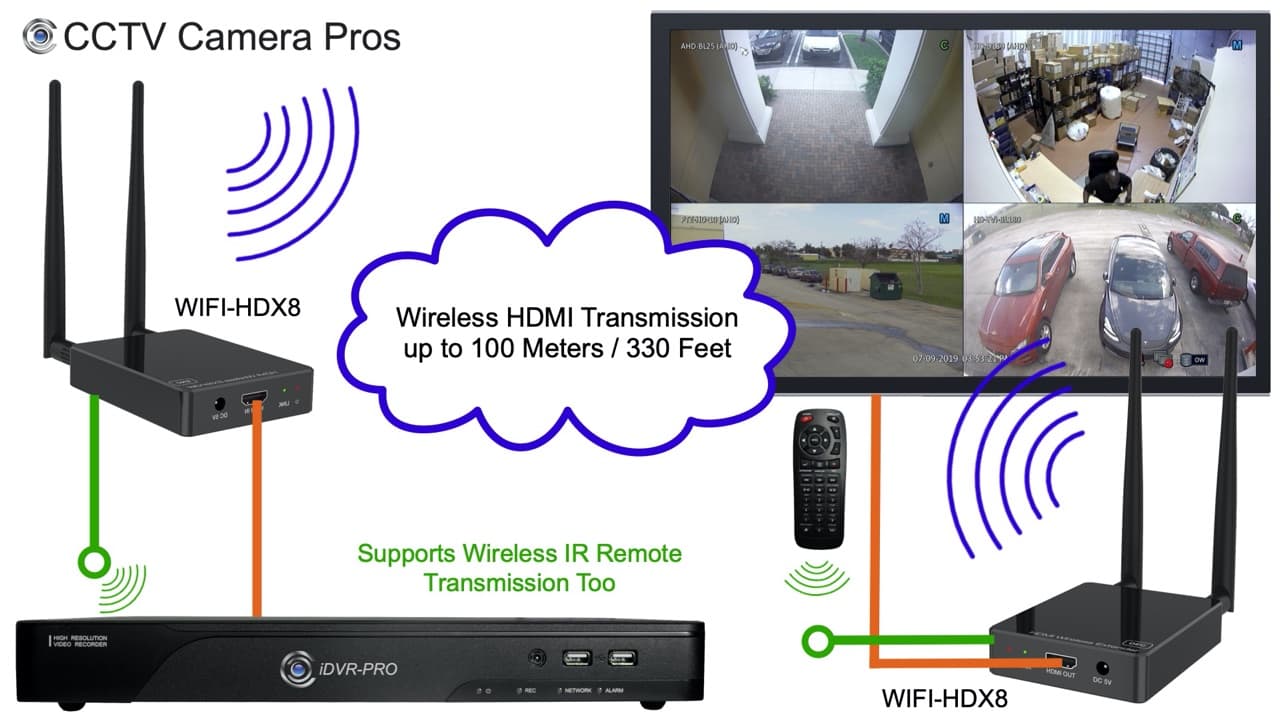 In addition to streaming live security camera feeds from the DVR, the system also supports transmitting the signal from the DVR’s wireless remote control (IR extender / repeater) from the display monitor, back to the DVR location. The system can transmit digital audio as well. 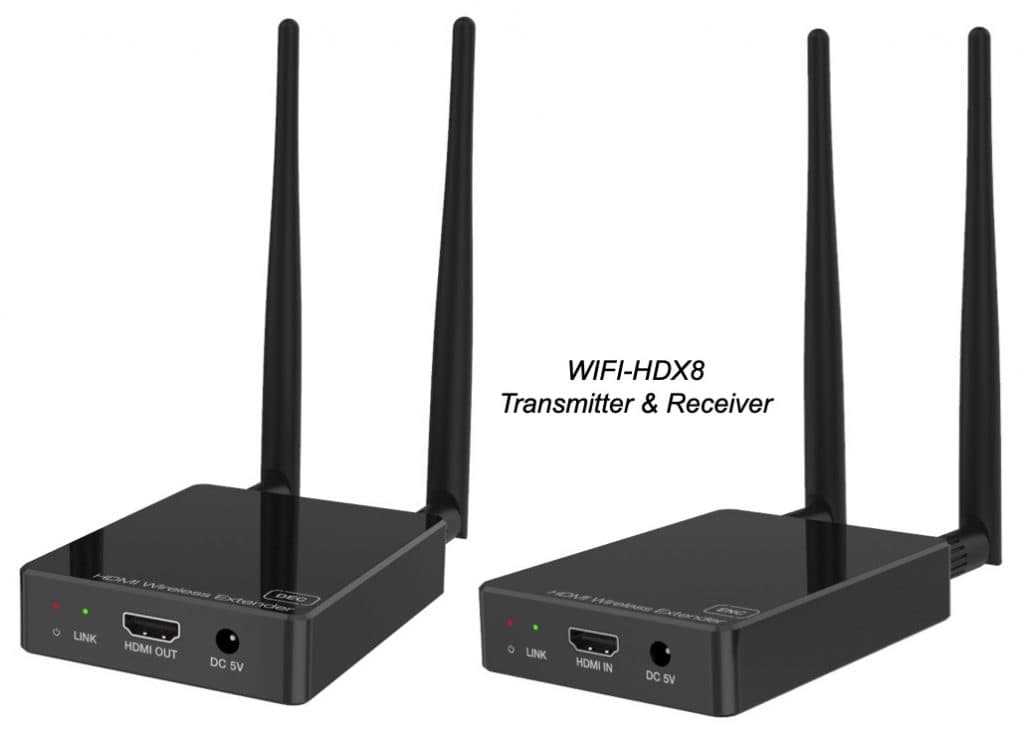 The WIFI-HDX8 wireless HDMI kit is capable of streaming 1080p video up to 100 meters / 330 feet. Please note that the video transmission distance will vary based on the number of walls and objects that the wireless bridge must travel through. The kit includes transmitter and receiver antennas that create a dedicated 5Ghz WIFI bridge (peer-to-peer). This system DOES NOT rely on the use of your existing local network. 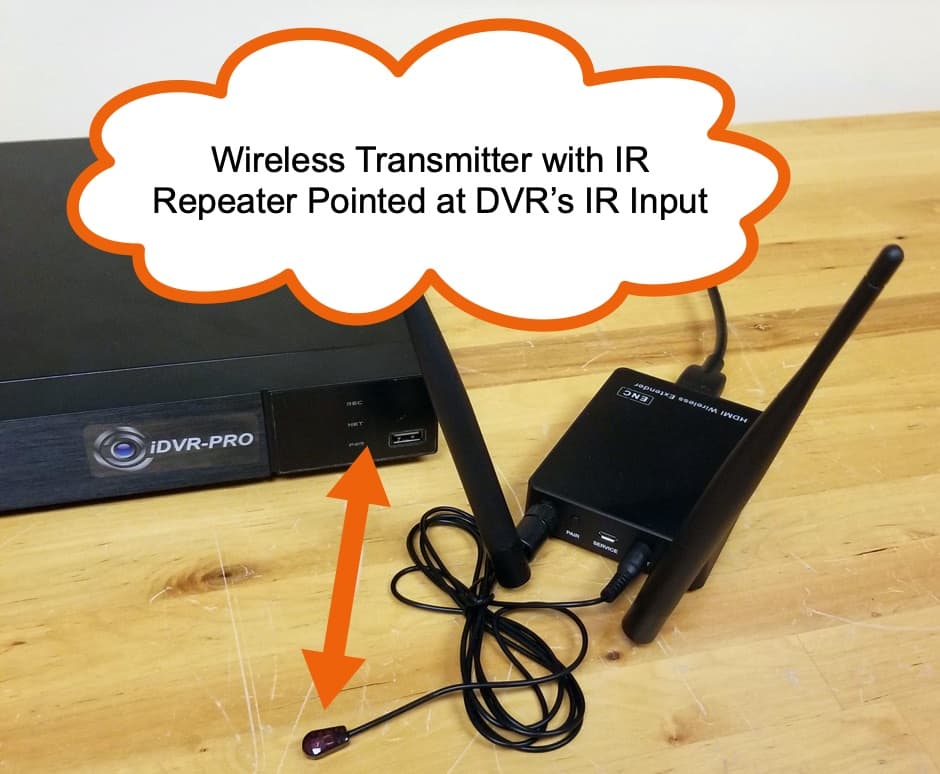 Here is the WIFI transmitter with the IR repeater attached. The IR repeater is placed within direct line of sight to the IR remote input on the security camera DVR. 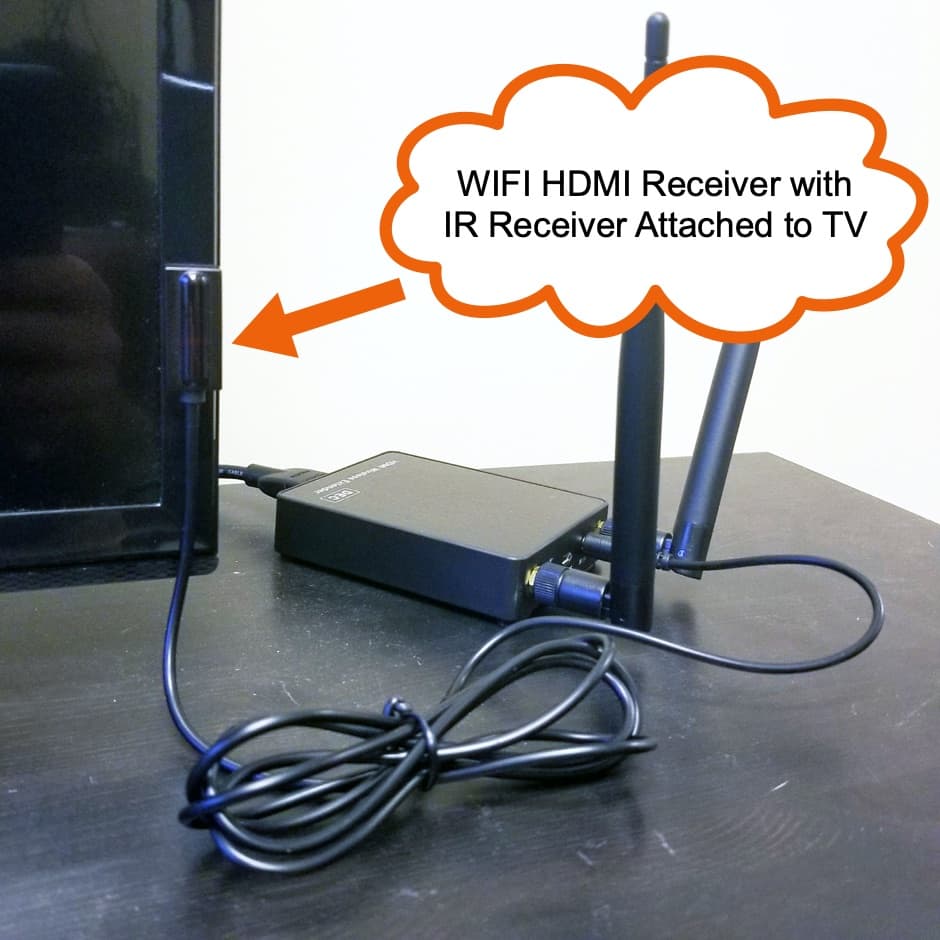 Here is a close-up of the HDMI WIFI receiver with the IR receiver attached to the front of the display monitor.

Although CCTV Camera Pros primarily supplies the WIFI-HDX8 kit for use with video surveillance DVRs (live security camera display), the kit can be used to wirelessly stream video from any HDMI source up to 1080p resolution at 60Hz. Some examples are.