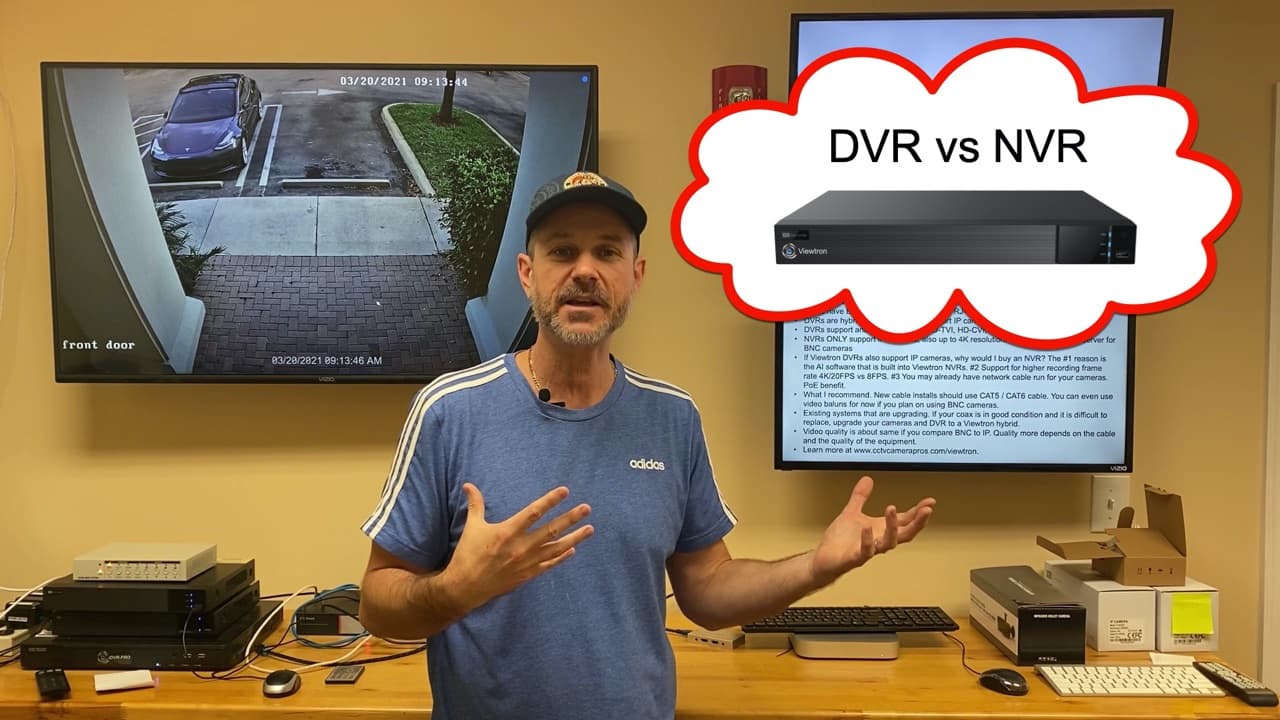 What is the difference between a Viewtron DVR vs NVR recorder for security camera systems? Watch this above video for my explanation of the differences between these two types of video surveillance recording devices. Please note that I am referring to Viewtron DVRs and NVRs in my explanation but most of these concepts apply to all manufacturer brands.

DVRs are video surveillance recorders used with analog CCTV / BNC security cameras. BNC cameras are hard wired to the recorder using coaxial cable. Typically RG59 Siamese cable is used so that both video and power can be run. The power portion of the cable typically connects to a multi-camera power supply box or to an individual power supply.

NVRs are video surveillance recorders for network IP security cameras. IP cameras are hard wired to the PoE (Power over Ethernet) ports of the NVR (if supported) using Ethernet cable (CAT-5 or CAT-6).

Easy To Use Interface 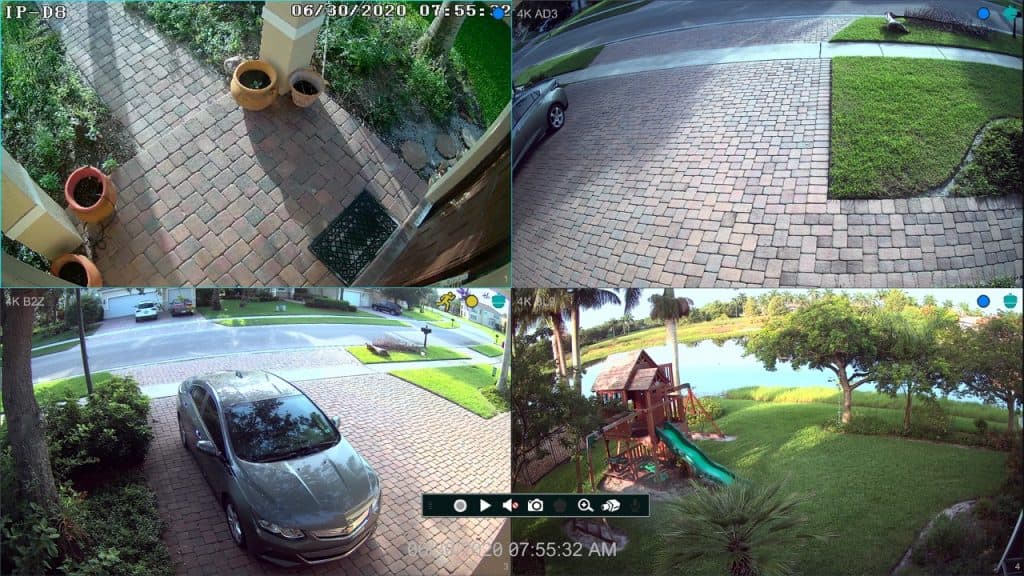 Please note that Viewtron DVR and NVRs have the same easy to use interface. Please watch the above demo to see a demo of a Viewtron hybrid DVR. 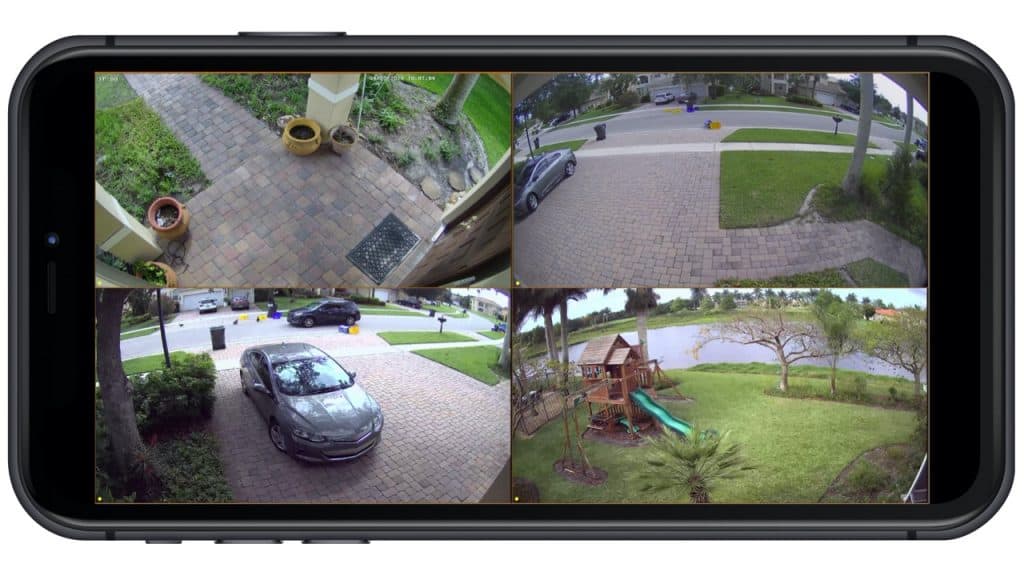 Watch the above demo of the iPhone software that is included with all Viewtron DVRs and NVRs. You can see a video demo of the Android app here. 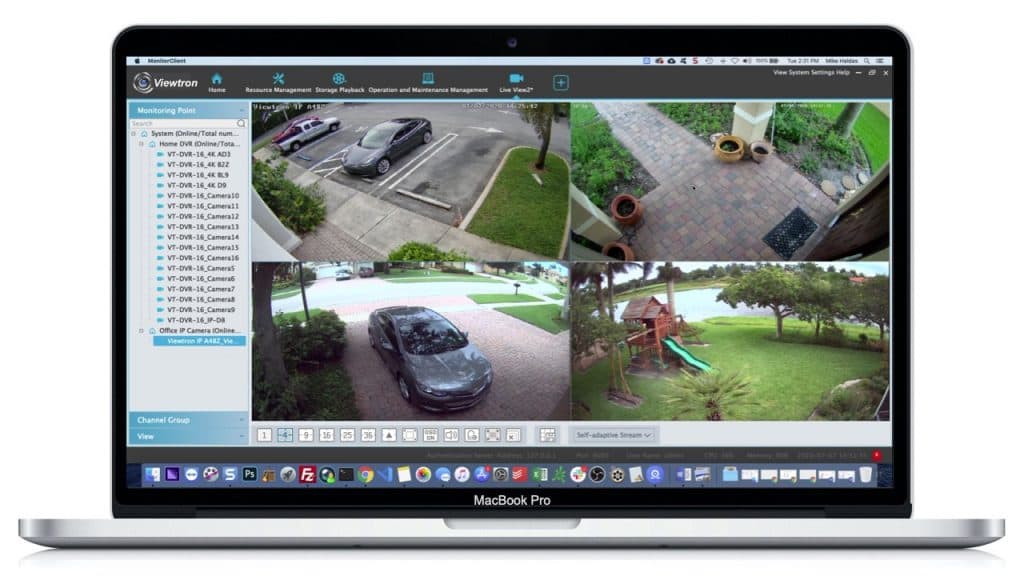 What’s the difference between a security camera DVR and a security camera NVR? Good morning, everyone. Mike, from CCTV Camera Pros here. In this video, I’m going to discuss some of the similarities and differences and when you should consider buying a DVR versus an NVR.

So let’s first start out with some basics. I’ll assume that you really don’t know anything about either of these products and you might be confused because some people online use NVR and DVR interchangeably.

Generally in the surveillance industry, when you are referring to a DVR, digital video recorder, you are almost always talking about BNC cameras / CCTV cameras. Cameras that use coax video cable and BNC connectors on the ends.

So another important point is some DVRs are actually hybrid like our Viewtron DVR. You can actually use both BNC cameras on it as well as IP cameras on it, it’s hybrid. It’s also referred to as hybrid because it supports multiple video standards on the BNC connections. So older, closed-circuit cameras, they use analog CVBS video format, but over the years, multiple high-def formats have come out, that also works over coax cable and BNC connectors, and our Viewtron hybrid DVR support pretty much all the standards. So you can use analog cameras. You could use AHD cameras, you could use HD-TVI cameras and you can use HD-CVI cameras all up to 4K resolution on Viewtron DVRs. Viewtron NVRs only support IP cameras. So you can’t use BNC cameras on an NVR.

There is an exception to that. Technically you can use what’s called a video server and plug one or more BNC cameras into a video server and then connect the video server to the NVR. But that’s not typical for most people and it’s not a practice that we always recommend. We recommend it sometimes and I’m not going to get into the details of when in this video.

So if Viewtron DVRs support BNC cameras and IP cameras, why would you even want an NVR? It would seem on the surface that if the DVR is hybrid and supports both it’s the most flexible so why not just go with that? That’s a question we get every day here at CCTV Camera Pros and here’s the reason.

So, the number one reason that I would recommend a pure NVR system, pure IP camera system, using our Viewtron products over DVR’s hybrid is if you want to use our AI security cameras with the AI software that’s built into our Viewtron NVRs.

The second reason, and probably not quite as important, that I would recommend an NVR or over a DVR is the higher recording frame rate that the NVRs currently support at 4K resolution. 4K cameras right now are limited to 20 frames a second, and the NVR support up to 30 frames. So they’ll support the 20 frames that are coming from 4K cameras.

Whereas the Viewtron DVRs right now, they support eight frames a second at 4K resolution. So if it’s important to have full 4K resolution for you at a higher frame rate than eight frames, which for most people honestly is not necessary, that’s why this is not as important in my opinion, then go with the NVR.

The other reason why you might want to go with an NVR over a DVR is if you already have CAT5 or CAT6 network cable run to your camera locations, and you’re used to using IP cameras, just go with the NVR. Plus the NVR has built-in power over ethernet PoE. So the camera’s just get run right back to the back of the recorder. There’re ports on the back of the recorder that provide both power and connectivity to those cameras.

So if you have a new installation, if you’re running cable fresh, you don’t have any cable run. I would recommend running CAT6 or CAT5 cable so you can use IP cameras and if you need to use BNC cameras, the good news is you can run BNC cameras over network cable using video balance. I’ll link in the description to video balance if you’re not familiar with those, and those enable you to leverage CAT5 and CAT6 cable for BNC cameras.

Another point I want to make, the video quality is about the same. There’s very little difference in video quality if you compare one of our Viewtron 4K BNC cameras to a Viewtron 4K network IP camera. I could put that up on the screen here side-by-side and you would not know the difference. But again, if that IP camera is one of our AI models, the differences, if you hook it up to the DVR, you’re not going to be able to take advantage of the object detection software that’s built into it. You’ll get the same resolution on the BNC camera, but to take advantage of the AI analytics, you have to use the network video recorder. So quality is the same.

On the flip side, let’s say you have a bunch of coax cable infrastructure built out. That’s typically a big investment to put that cable infrastructure in place. A lot of times, the labor to put cable in is more expensive than this equipment. So if you have a whole bunch of coax cable already run, and you don’t want to make the investment of switching out that cable to network cable, the BNC 4K cameras, 1080p, and four megapixels, they are excellent and we recommend them all the time. Again, the main difference is if you need the AI software.

If this is just about resolution for you getting the best visual resolution, leverage your coax cable and just upgrade your recorder and your cameras to HD, of course, I recommend the Viewtron systems, they’re excellent, but that’s a very cost-effective way to upgrade from an old analog system to the latest HD video surveillance.

If you want to learn more about this stuff guys, we have a whole bunch of videos that demonstrate the 4K resolution cameras, both BNC and IP. Four megapixel resolution, both BNC and 4K and 1080p, 4K and BNC on our website and on our YouTube channel.

If you want to learn more about DVRs versus NVRs, and I’ll also link to a bunch of more information at this location, you can visit www.cctvcamerapros.com/viewtron.