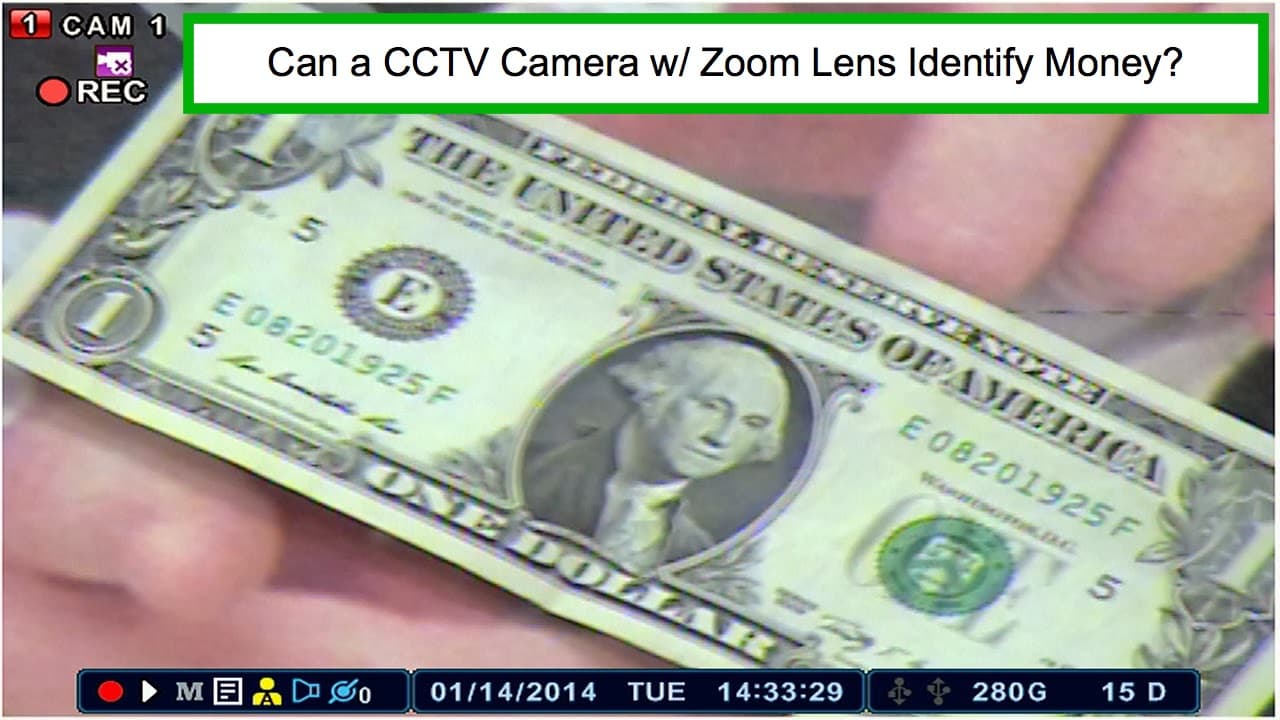 A customer contacted CCTV Camera Pros tech support and asked if a “zoom lens CCTV camera” could zoom in close enough to see details on paper money bills. The customer was a retail business owner that suspected some theft by one of his employees. He wants to install a box type CCTV camera with adjustable lens on the ceiling above a cash register. The ceiling is 10 feet above the point of sale area. The business owner wants the security camera to be able to clearly see the denomination of the money being passed to the employee.

These were the images that we captured while testing to see if this was possible. All of these images were captured using a PRO-680DN100 box-style CCTV camera with optical zoom lens (5-100mm).

Please note that this camera does not have a motorized zoom lens. This is vari-focal lens is manually adjusted using the settings rings on the lens. You can see how-to adjust the lens on a box CCTV camera here. The security camera was connected to an iDVR-PRO surveillance DVR using RG59 coaxial cable. 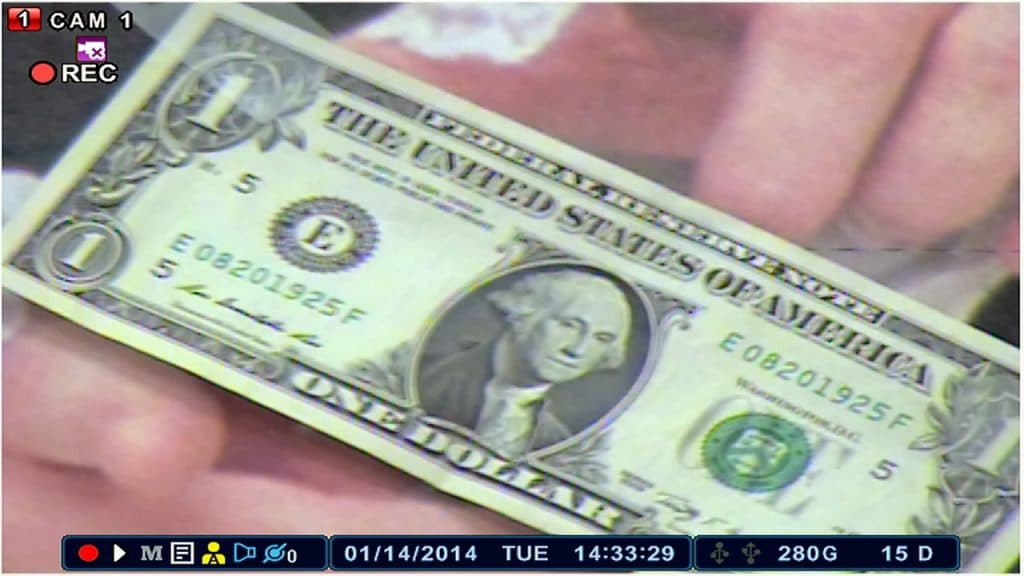 This above video surveillance image was captured with the adjustable lens of the PRO-680DN100 camera zoomed in all the way to the 100mm setting. The camera was positioned 10 feet from this dollar bill. 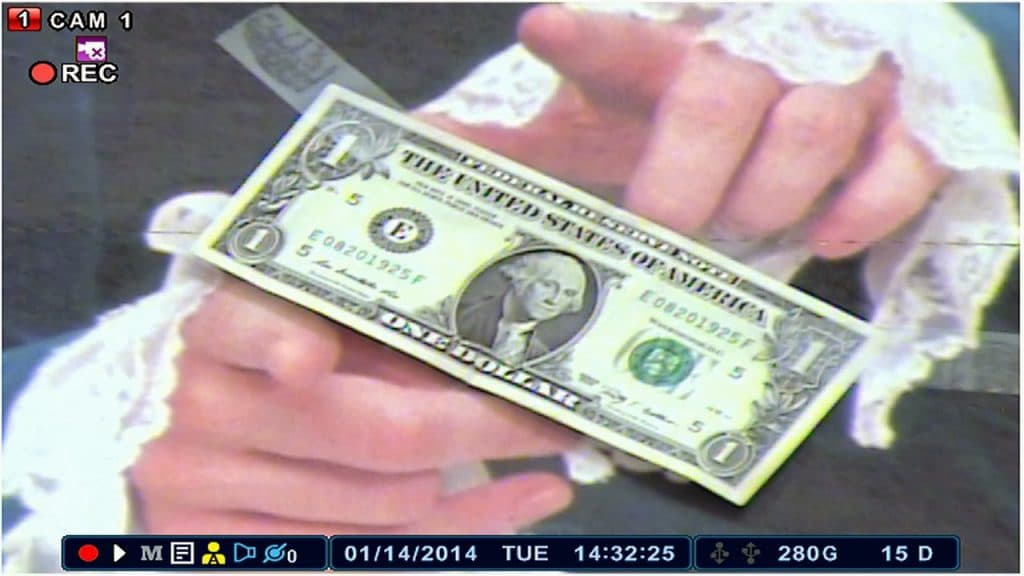 In this image, the camera’s optical zoom lens was adjusted to about 75% zoom (approximately on the 70mm setting). The box camera is still in the same position, 10 feet away. 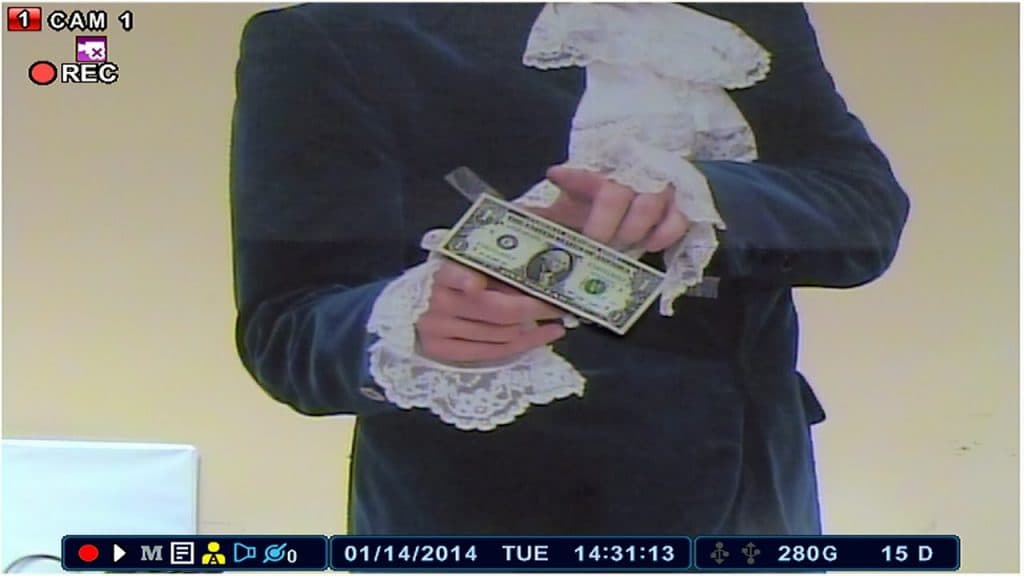 In this image, the camera’s optical zoom lens is adjusted in the middle of it’s range (approximately on the 40mm setting). 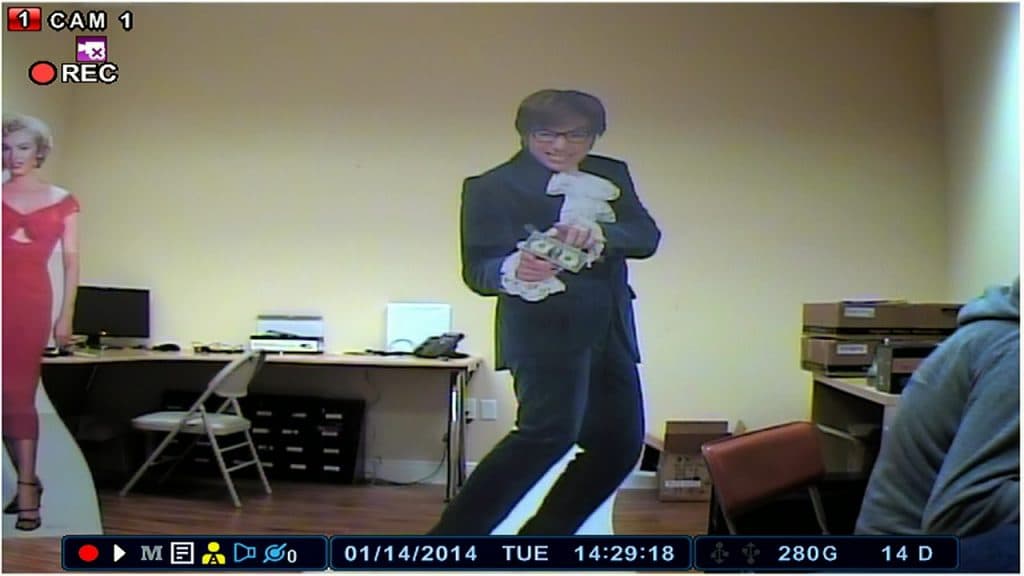 This image was recorded on our DVR with the lens of the camera set to the widest angle of view. This is the 5mm setting.

How these Surveillance Images Were Recorded 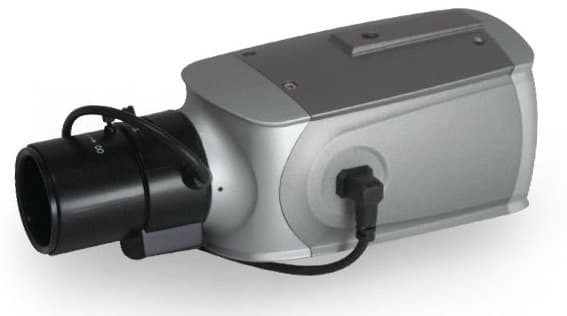 This is the PRO-680DN100 box camera that we used. It is optical zoom security camera with a manually focused 5-100mm vari-focal lens. The reason that we chose this particular video surveillance camera was because of it’s 5-100mm lens. This lens has a very large range angle of view. This lets installers zoom in very close for fine details, even on small objects.

We placed the camera 10 feet away from our Mike Myers cardboard stand-up and taped a dollar bill to his hands. We then adjusted the camera lens to various settings if the money bill could clearly be identified. The test was a success. In addition to being able to identify the dollar amount of bill, smaller details like the serial number could even be read clearly.

During the test, the camera was connected to CCTV Camera Pros iDVR-PRO digital video recorder.