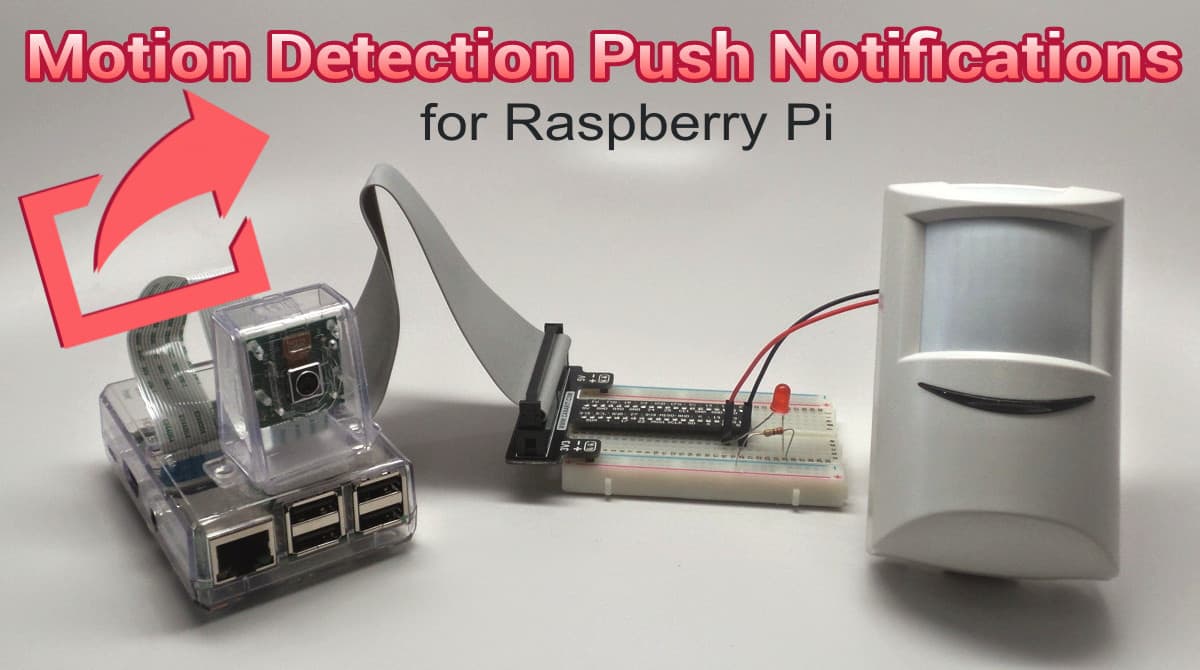 Here is a simple Raspberry Pi project that uses a PIR motion sensor from a burglar alarm to trigger a mobile push notifications to iOS or Android apps. Last year, I published a RPi project that used a magnetic door sensor and a push message service called Instapush. In this project, I use a PIR motion detector and a mobile push service called Pushover. I have been wanting to try Pushover and I ended up liking it better than Instapush because it is more reliable in my testing. I also like that it also has an email to push interface that is very handy for integrating network devices that have email sending capability.

You may also be interested in this article: How-to setup mobile push notifications to iPhone and Android apps using Zavio IP cameras.

Here are a few things I want to note upfront about this project.

In this project, I chose to use the Pushover service to send push notifications. Pushover has an easy to use REST API and very nice apps for iOS and Android that are free to download. The REST API makes it simple for developers to use httplib and urllib Python libraries to interface with it.

The push service is free to use for 7 days, then has a one time setup fee of $3.99 per platform. So, if you use both iOS and Android, it will cost you $3.99 x 2. If you have multiple iOS or Android devices, you only have to pay once per platform and can install on as many devices as you like.

Like most cloud based SDK / APIs, Pushover requires that you register your application. The process is simple.

Here is the Python source code for the project. The comments should explain clearly what is going on.

From your Raspberry Pi, you can use the following command to retrieve the file:

After you have installed the Python code on your Raspberry Pi, you need to edit following lines of the program.

Set the PUSH_TOKEN and PUSH_USER variables to the values assigned when you setup your Pushover account and application. If you want the push notifications to say something other than “Motion detected!”, you can change that value as well.

I used GPIO 19 for the PIR sensor and GPIO 13 for the status LED. If you choose to use different GPIO ports, be sure to update the pir.py application to reflect your GPIO ports. Please note that the below image does not accurately represent the locations on GPIO 13 and 19 on the Raspberry Pi. Please be sure to check the numbering of your Raspberry Pi or the breadboard that you are using to match up the GPIO ports that you use.

Also note that I used a 12V DC PIR sensor that is typically used in burglar alarms. I am powering the PIR sensor with it’s own 12V DC power supply. The Raspberry Pi is powered separately using a 5V power supply made for it. 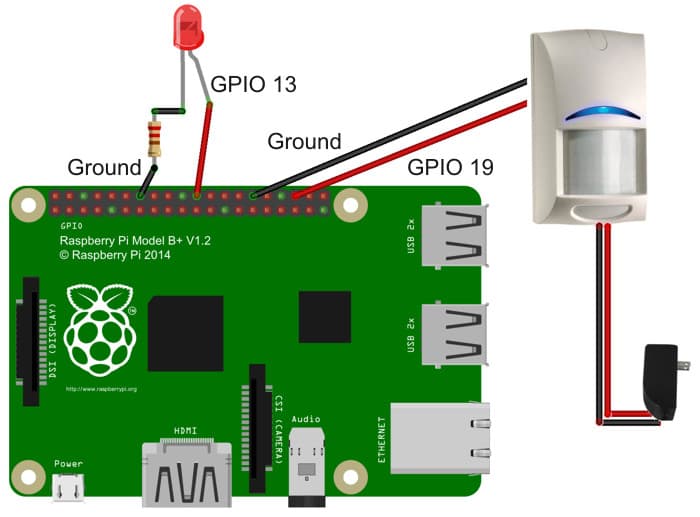 In addition to the indoor PIR sensor pictured above, I also tested with this TAKEX MS-100E outdoor PIR sensor which worked great. If you are looking for a weatherproof / outdoor motion detector that works great with Raspberry Pi, I highly recommend the MS-100E. 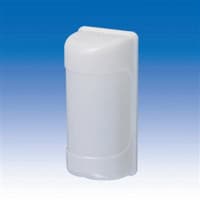 With the Python code in place and the motion detector wired to your Raspberry Pi, you are ready to test.

This is what the push notification looks like on my iPhone. 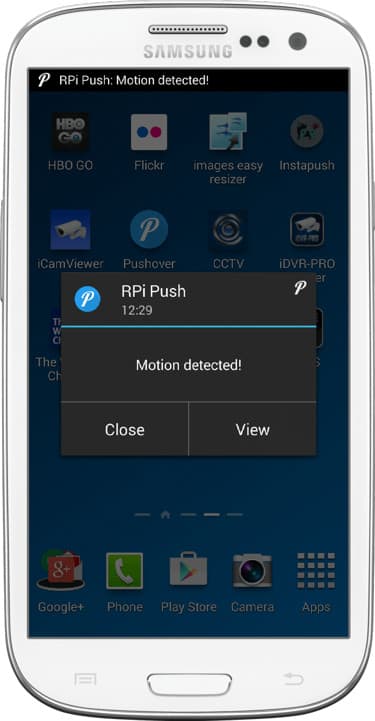 This is what the push notification looks on my Android Samsung Galaxy.

I hope that you found this project easy to setup and useful. I tried to keep it as simple as possible. It is meant to be a starting point that can be expanded to do much more. Some ideas on how this project can be enhanced.